Non-contact boxing inspired classes can delay, reduce, and even reverse the symptoms of Parkinson’s Disease.

We are learning every day that there are ways in which people with Parkinson’s disease can enhance their quality of life and even build strength, flexibility and speed! By exercising with coaches who know the ropes, you can fight your way out of the corner and start to feel and function better.

These classes have proven that anyone, at any level of Parkinson’s, can actually lessen their symptoms and lead a healthier and happier life.

Why Boxing for Parkinson’s?

Various studies in the 1980s and 1990s supported the notion that rigorous exercise, emphasizing gross motor movement, balance, core strength, and rhythm, could favorably impact range of motion, flexibility, posture, gait, and activities of daily living. More recent studies, most notably at Cleveland Clinic, focus on the concept of intense “forced” exercise, and have begun to suggest that certain kinds of exercise may be neuro-protective, i.e., actually slowing disease progression. Discovery of a cure may be many years away but there is evidence that progress is made in all stages of the disease by those participating in the Rock Steady Boxing program.

Parkinson’s disease is a degenerative movement disorder which can cause deterioration of motor skills, balance, speech and sensory function. Rock Steady Boxing is the first program in the country dedicated to the fight against Parkinson’s. In our program, exercises are largely adapted from boxing drills. Boxers condition for optimal agility, speed, muscular endurance, accuracy, hand-eye coordination, footwork and overall strength to defend against and overcome opponents. At Rock Steady Boxing, Parkinson’s disease is the opponent. Exercises vary in purpose and form but share one common trait: they are rigorous and intended to extend the perceived capabilities of the participant.

Training classes include an exercise program that attacks Parkinson’s at its vulnerable neurological points. While focusing on overall fitness, workouts include: focus mitts, heavy bags, speed bags, double-ended bags, water bags, core work, cognitive activities, voice activation and circuit weight training. No boxing experience is necessary and people of all ages are invited to participate. There are four levels of classes offered, depending on the participant’s level or Parkinson’s and overall fitness. All classes at Rock Steady Boxing SRQ are mixed-level at this time.

The value of exercise has been corroborated in several studies, including some at Lakehead University in Ontario and University of Utah in Salt Lake City. According to a Cleveland Clinic study, aerobic fitness can be improved in Parkinson’s patients following “forced” and/or voluntary exercise. Studies are showing that exercise induces brain repair and accompanying behavioral recovery. Some suggest that continuous, intensive training may confer neuro-protection, and subsequently, slow, stop or reverse the progression of Parkinson’s or promote neuro-restoration. (References to any studies are for informational purposes only and do not imply endorsement of Rock Steady Boxing by the researchers.)

Because of the promising results seen through Rock Steady Boxing, the organization was selected to be a part of research to document the impact of boxing and rigorous exercise on the progression of Parkinson’s. Rock Steady Boxing has also drawn the attention of university researchers who are in the process of quantifying and evaluating the results in people who have continued with Rock Steady Boxing.

Can Anyone with Parkinson’s Participate?

Nearly everyone with Parkinson’s disease can participate and receive benefit from Rock Steady Boxing. An intake evaluation process is conducted prior to the first class to determine the boxer’s ability and evaluate balance risks. Some participants will require a caregiver partner to assist in class. Individuals of all ages are benefiting from the Rock Steady Boxing program.

We strongly encourage you to discuss Rock Steady Boxing participation with your physician prior to your first workout.

Our typical class has the following format:

Rock Steady Boxing, the first boxing program of its kind in the country, was founded in 2006 by former Marion County (Indiana) Prosecutor, Scott C. Newman, who is living with Parkinson’s. Rock Steady Boxing initially began through the friendship of two men, Scott Newman and Vince Perez, after Scott had been diagnosed with early-onset Parkinson’s at the age of 40. Refusing to let his friend go down without a fight, Vince turned to his experience as a Golden Gloves boxer to design a program that attacks Parkinson’s at its vulnerable neurological points. His intuitive insight is now proven to have merit through an increasing body of medical research. Realizing that their experience might be replicated for others, Scott and Vince founded Rock Steady Boxing as a 501 (c)(3) nonprofit organization. As word of this unique program spread and the demand for the classes increased, Rock Steady Boxing created classes to meet the fitness levels at all stages of Parkinson’s – from the newly diagnosed to those who had been living with it for decades plus. 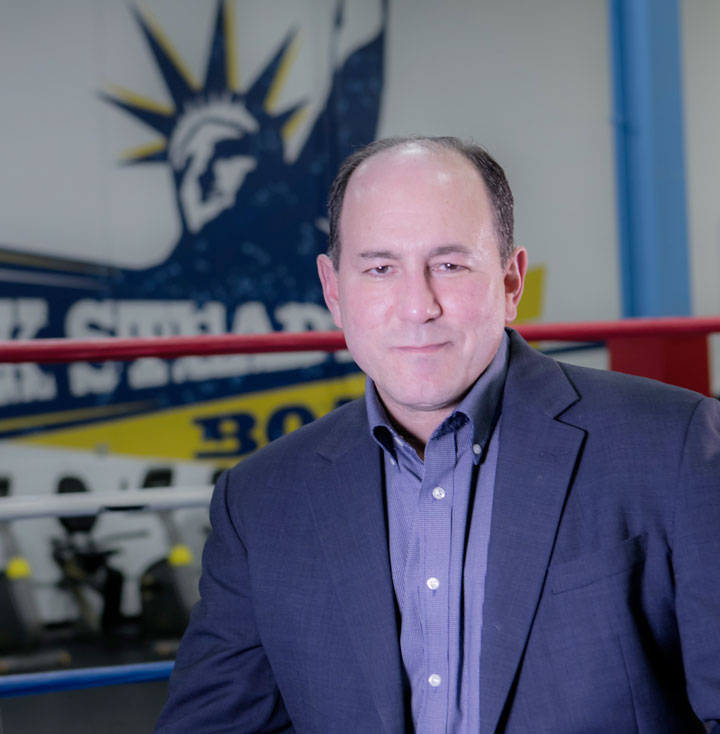